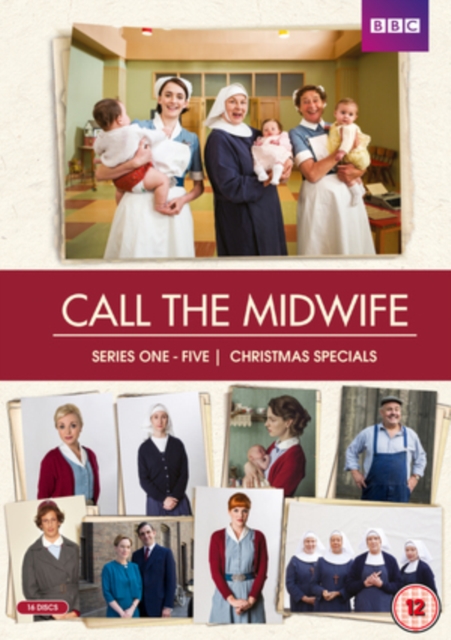 The first five series of the BBC drama adapted from Jennifer Worth's memoirs about a group of midwives working in poverty-stricken East London in the 1950s and '60s.

In the first series, Jenny Lee (Jessica Raine) gets her first job at Nonnatus House which she soon realises is a nursing convent and not a hospital, as she had assumed.

In the second series, it's 1958, and while Jenny has her hands full dealing with an abused patient, Trixie and Sister Evangelina (Pam Ferris) are forced to board a Swedish cargo ship to tend to the captain's pregnant daughter.

In the third series, set in 1959, the midwives temporarily find themselves without a place to work when an unexploded bomb is found near Nonnatus House.

Meanwhile, Sister Winifred (Victoria Yeates) attempts to settle in to life at the convent and Chummy arranges for a royal visit to raise awareness of their weekly clinics.

In the fourth series, the midwives are joined by new recruit Barbara Gilbert (Charlotte Ritchie), but she doesn't get off to the best of starts after a night out with Trixie and Patsy (Emerald Fennell).

In the fifth series, Trixie continues to enjoy her role as a fitness instructor but Sister Julienne isn't so happy about her new hobby.

Meanwhile, Barbara begins a relationship with Vicar Tom Hereward (Jack Ashton) and the nurses and midwives of Nonnatus try to determine why there have been so many cases of babies being born with severe deformities in Poplar.