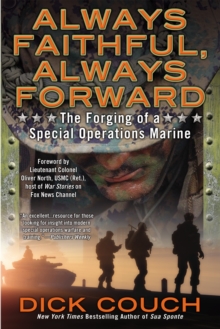 At first, the Marines were strongly against any Marines serving under anyone other than another Marine.

Always Faithful, Always Forward follows the journey of a class of Marine candidates from their recruitment, through assessment and selection, to their qualification as Marines Special Operators. Retired Navy Captain Dick Couch has been given unprecedented access to this new command and to the individual Marines of this exceptional special-operations unit, allowing him to chronicle the history and development of the Marine Special Operations Command and how they find, recruit, and train their special operators.