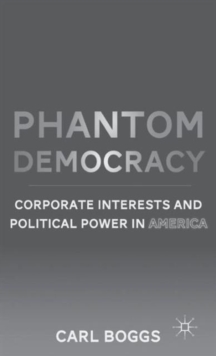 In a powerful new book, Boggs traces the historical evolution of American politics by focusing on the gradual triumph of corporate and military power over democratic institutions and practices.

The consequences of expanding United States global presence since World War II - involving an integrated and interwoven system of power based in the permanent war economy, national security-state, and corporate interests - has meant erosion of democratic politics, strengthening of the imperial presidency, increased corporate and military influence over elections and legislation, weakening of popular governance, and diminution of citizenship.

The events of 9/11 and their aftermath, including the War on Terror, two lengthy wars and foreign occupations, new threats of war, and massive increases in Pentagon spending, have only deepened the trend toward ever-more concentrated forms of power in a society that ostensibly embraces democratic values.

Such developments, Boggs argues, have deep origins in American history going back to the founding documents, ideological precepts of the Constitution, early oligarchic rule, slavery, the Indian wars, and westward colonial expansion. 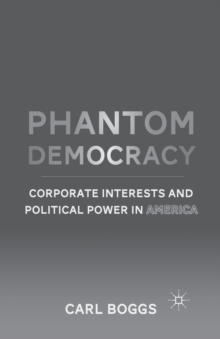