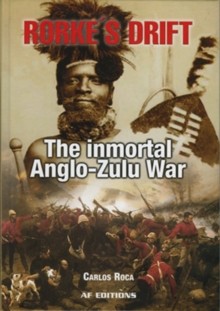 At 16.20 hours on Wednesday the 22nd January 1879, when the first shot rang out at the battle of Rorke's Drift, everything appeared to be stacked against the thin red line of 144 men defending their mission station against the Zulus.

Awarded a record number of 11 Victoria Crosses, the fistful of red jackets managed valiantly to withstand the relentless attack of 4,500 brave Zulu warriors for more than ten hours, with Rorke's Drift going down in history as one of the British Army's finest hours and restoring Victorian Britain's faith in their army.

Immortalised in the film Zulu, this book recounts those bloody, desperate 10 hours in all their glory, with numerous photographs and first-hand accounts of many of those involved.