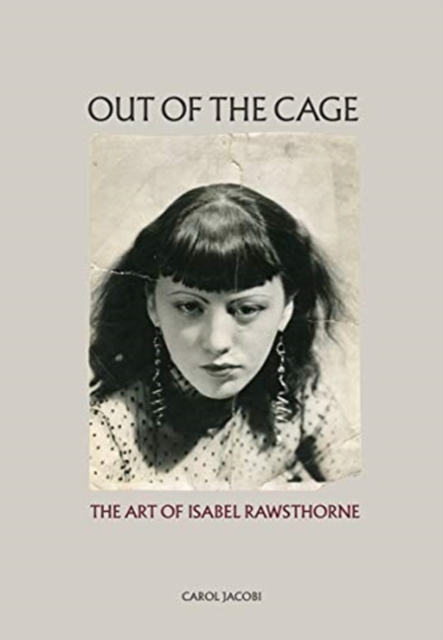 Out of the Cage: The Art of Isabel Rawsthorne Hardback

"I love this book! Brilliant biography of the...utterly fascinating artist Isabel Rawsthorne" Jennifer Higgie "Every page is gripping, fascinating, forcefully and excitingly written, and sad." Andrew Motion "Isabel Rawsthorne's life reads like a ready-made screenplay... - a poverty stricken upbringing, world wars, espionage, affairs, addiction, politics ... all set to a series of evocative cinematic backdrops. And that's before any mention of her career as one of the most hidden but influential artists of the 20th century." Interiors and Home "Jacobi's bigger project here, seems to be to reimagine what an artist biography... can be." The Art Newspaper "Highlights how talented women have often missed out on the recognition they deserved" Observer Isabel Rawsthorne's painting career at the centre of the Parisian and London avantgardes was eclipsed by the many occasions on which her friends made her the subject of their art, notably Epstein, Derain, Giacometti, Picasso and Bacon.

This pioneering painter exhibited from the early 1930s, was influential in the 1940s and well known in the 1960s, but in her later years Giacometti's and Bacon's blockbuster biographies made her famous as a muse.

Rawsthorne's work is now in major collections, and this beautifully illustrated book re-writes the pre- and post-war art history of which she was a part: it is traced through the upheavals of the 20th century and her singular relationships with some of its most fascinating figures.

A decade of research into the period, Rawsthorne's art and archives, and the memories of friends, has revealed for the first time her role in a rebel group at Liverpool School of Art; success and tragedy in the 1930s when she was studio assistant to Jacob Epstein; her life-long collaborations with Alberto Giacometti; and, after the war, with Francis Bacon and with African Modernism in the 1960s, as well as her exceptional late work.

It also tells the full story of her break from art during the second world war, when she worked for the government in black propaganda.