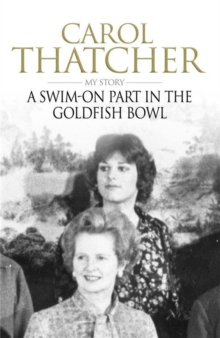 A Swim-on Part in the Goldfish Bowl Paperback / softback

Carol Thatcher has one of the most famous surnames in the world. The daughter of former Prime Minister Baroness Thatcher, Carol is a national treasure with a unique story to tell.

Her remarkable mixture of bravery, honesty and humour won her a place in the nation's hearts on ITV's I'm a Celebrity, Get Me Out of Here...! when millions of viewers voted her the second 'Queen of the Jungle'. In this candid memoir, she tells us about what it was like to grow up as the 'Milk Snatcher's' daughter, sister of the infamous Mark, living a life she describes as a 'swim-on part in the goldfish bowl'. Her tales of behind-the-scenes at Number 10, her extraordinary travels, and dinners with world leaders, are both rivetingly funny and refreshingly revealing. 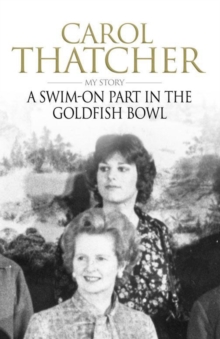 A Swim-on Part in the Goldfish Bowl