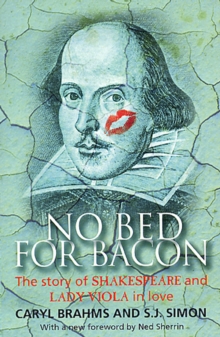 No Bed For Bacon Paperback / softback

First published in 1941, No Bed for Bacon is a comic classic.

Out of print since 1985, but much-discussed in the press following the release of the Oscar-showered film Shakespeare in Love, the novel fizzes with wit, warmth and the occasional custard pie.

It is a festive celebration of 'The Great Bard' par excellence. Five o'clock and all's well in Merrie England. But not for long. Good Queen Bess is stirring in her four-poster and is feeling neither happy nor glorious.

Down at the Globe, Will Shakespeare is chewing the end of his quill: something's amiss with Love's Labours Wunne. And Walter Raleigh, boiling his new potato in the depths of the regal kitchens, is getting very hot under the collar of his latest cloak - will his spud achieve the perfect fluffiness for The Royal Tasting?

Heads are sure to roll before the day is out.