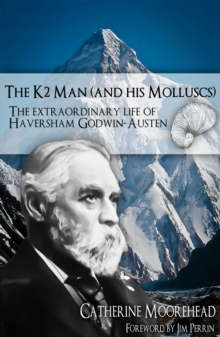 The K2 Man (and His Molluscs) : The Extraordinary Life of Haversham Godwin-Austen Hardback

'Probably the greatest mountaineer of his day,' claimed Kenneth Mason in his definitive mountaineering history, Abode of Snow.

Haversham Godwin-Austen (1834-1923), from an ancient and interesting Surrey aristocratic family with royal connections, not only found the first way to the 'savage mountain', K2, but went on to be the first serious explorer of the Karakoram, Ladakh, Western Tibet, Bhutan, Northern Burma and Assam.

He broke the Asiatic high-altitude mountaineering record three times, using a 'garden hatchet' as an ice-axe, saw his assistant killed by headhunters and socialised with everyone from his 'coolies' to the Maharajah of Kashmir.

Back in England, he became one of the UK's greatest Natural Historians, a Darwinist collector among collectors of geological and ornithological specimens.

His collection of freshwater molluscs forms the basis of all modern science in the subject. And he became one of the UK's greatest surveyors, covering over 22,000 square miles of new territory, including 23 new glaciers and at least two dozen first ascents of peaks over 5000m. Remarkably, he also found time to paint a vast portfolio of watercolours, including the first close sighting of K2, described by the British Library as a 'national treasure'. (Several of these watercolours are illustrated in this book.) His personal life was equally interesting: three marriages - to an Afghan landowner's daughter, an English socialite, then a civil servant's daughter 23 years younger than himself - was complicated by religious conversions from Anglicanism to Islam then to Buddhism.

His strong character as a scholar at great London institutions such as the Natural History Museum is still the stuff of legend, while his bankruptcy in later life required the selling of the 'family pile', the magnificent, royally-furnished Shalford Park. And thanks to a youthful indiscretion in Kashmir, he harboured a dark secret which came back to haunt him near the end of his long and colourful life.

This is the first and authorised biography of an outstanding man.

Godwin-Austen's private papers are being made public for the first time. They prove that he was one of the UK's greatest explorers, on a par with Sir Richard Burton, and surpassing the explorations of David Livingstone, Captain Cook or Captain Scott.

For mountaineers, scientists, students of biography and historians of the Raj and the Great Game, this biography offers new and and original material - a 'must' for the explorer's bookshelf. 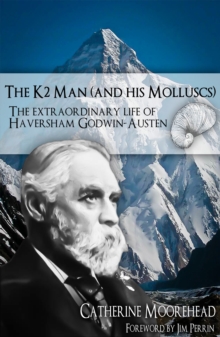 The K2 Man (and His Molluscs)