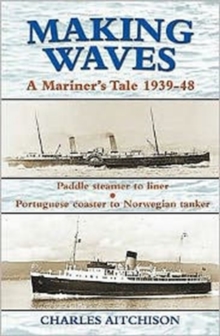 Part of the Maritime Heritage series

In 1939 he obtained his Scottish Higher Leaving Certificate and, unable to obtain an apprenticeship, later passed his 2nd Mate's Certificate, and sailed as a navigating officer.

This gave him the freedom to serve on a very large variety of vessels, beginning aboard MacBraynes' paddle steamer PS Gondolier as a First Class Pantry Boy until war was declared.

In the following ten years, including the entire Second World War, he served aboard a UK coasting vessel converted for service as a Convoy Rescue Ship, a Portuguese coaster flying the Panamanian flag, two liners, a millionaire's steam yacht, four tankers (one of which was Norwegian and one adapted to fuel the Royal Navy escort at sea) and nine cargo ships (again one was Norwegian and one a weather-reporting ship).

While probably not unique, this assortment would certainly be hard to equal, far less surpass. "Making Waves" thus provides a wide-ranging account of what life in the Merchant Navy was really like and the conditions in the countries visited, and contains many anecdotes and a deal of humor.

Also in the Maritime Heritage series 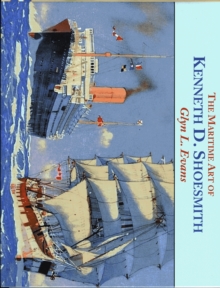