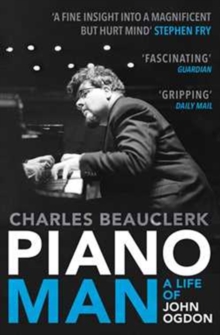 The first full biography of John Ogdon; a tortured genius and arguably the greatest British pianist of all time.

From the beginning of his professional career as a soloist John Ogdon was hailed as a musician of rare understanding and phenomenal technical gifts.

Able to play and memorize just about any score at sight, tales of his impossible exploits at the keyboard are legion.

Yet Ogdon was a man of extremes and it was this very extremity, while the source of much of his gift, that also led to appalling suffering.

Here was a man whose feelings were inexpressibly deep and often tormenting, and Ogdon's glory days, following his coveted Tchaikovsky prize in 1962, came to a sudden end in 1973 when he suffered a severe mental breakdown which led to his being certified insane and made patient of the Court of Protection.

Over the course of several harrowing years Ogdon would spend large periods of time in and out of psychiatric wards and halfway houses.

The drugs and treatments prescribed sometimes affected his coordination, and his reputation suffered as a result.

Yet Ogdon's commitment to his art remained undimmed, and until the end he drew out performances of tremendous beauty and conviction from the depths of his ravaged heart.

In this illuminating biography, Charles Beauclerk explores the life of a brilliantly inspired artist, for whom music was both his cross and his salvation. 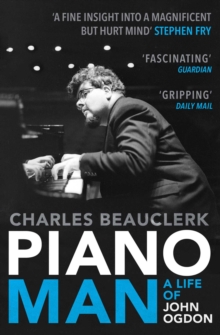