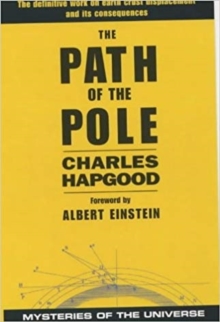 Path of the Pole Paperback / softback

"Sets forth, cautiously and comprehensively, the extraordinarily rich material that supports his diplacement theory.

I think that this rather astonishing, even fascinating idea deserves the serious attention of anyone who concerns himself with the thearoy of the earth's development."Albert Einstein from the ForewordNow, at last, Charles Hapgood's classic is back in print.

This carefully abridged edition of the author's seminal work, which has served as a sourcebook for many writers on cataclysms and pole shifts, including Graham Hancock, deals with many issues that remain unexplained by science today. The author, an academic, spent years researching Antarctica, ancient maps and the geological record.

The Path of the Pole, his riveting account of how the poles have often changed position on the earth's surface, is the culmination of his life's work. Polar wandering is based on the idea that the outer shell of the earth shifts about from time to time, moving some continents toward and others away from the poles, changing their climates.

Geologists who have accepted that these movements occur generally put the last such change a very long time ago.

Hapgood believed that polar wandering was primary and caused the displacement of continents, and that the last shift of the earth's crust took place in recent times, at the close of the last ice age, resulting in major climatic changes.

The Path of the Pole discusses the various "pole shifts" in the earth's past, giving evidence for each one, and moves on to shifts that may occur in the future. 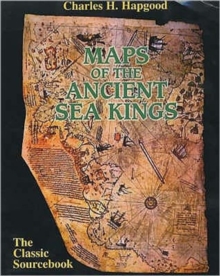 Maps of the Ancient Sea Kings 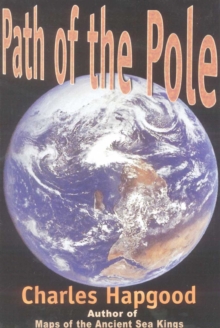 Path of the Pole 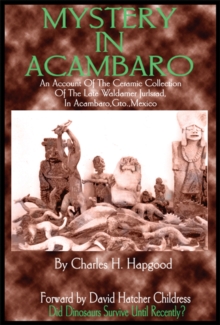