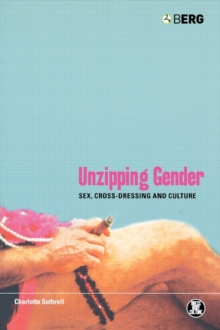 How does culture shape notions of sexuality and gender?

Why are transvestites in the West so often seen as deviant or perverse, while they are accepted in other societies?

What are the implications for the categories of male and female when considering transvestism?

Transvestism, and its cultural practice, is a useful lens through which we can view and thus debate models of sex, gender and sexuality.

Drawing on primary fieldwork, Unzipping Gender offers a cross-cultural study of transvestism through an examination of transvestites in Britain and the Hijras of India.

The author tackles the critical question of whether or not transvestism is motivated primarily by sex or gender, and she challenges the straightforward binary divide that dominates Western theories of gender.

Taking into account the importance of material culture, she also pays close attention to the detail of dress and considers the artefactual nature of the construction of the self through clothing.

Highlighting the differences between the two groups and drawing on further cross-cultural perspectives, Suthrell illustrates the social construction of sex and gender. She considers the roles that emotion, mythology, imagery and belief systems play in influencing ideas about sex and gender in different cultures.

Since sex and gender must inevitably be intertwined, Suthrell argues for a more sophisticated response to the complex practice of transvestism.

In order to gain a deeper understanding of sex and gender issues, it is imperative to examine the underlying social and symbolic structures.

This unique study across cultures leads the way. 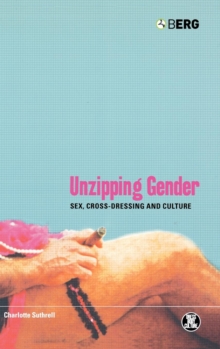