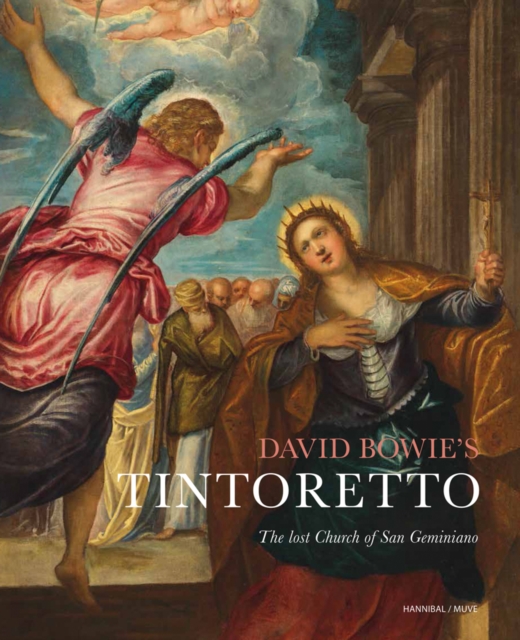 This beautifully illustrated book, with numerous essays by an international roster of leading art historians, examines Jacopo Tintoretto's masterpiece Angel Foretelling the Martyrdom of Saint Catherine of Alexandria, painted between 1560 and 1570 for the Church of San Geminiano in Venice.

It was displayed in this location for some 250 years until the church was demolished in 1807, and in 1818 the painting was sold into private hands.

It was, famously, the centrepiece of the late rock star David Bowie's collection, being one of the first artworks he acquired.

He had it for nearly 30 years, and named his record label after the artist (the Jones/Tintoretto Entertainment Company LLC).

In 2016 it was purchased at auction by a private collector and donated to the Rubens House in Antwerp, where it is on long-term loan.

This book accompanies the display of the painting, back in Venice for the first time in 200 years as part of an exhibition at Palazzo Ducale.