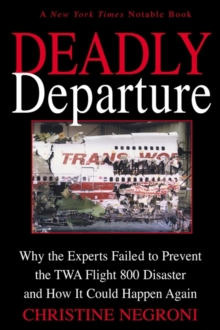 Deadly Departure : Why the Experts Failed to Prevent the TWA Flight 800 Disaster and How It Could Happen Again EPUB

The in-flight explosion of TWA Flight 800 on July 17, 1996, was one of the deadliest disasters in American history, spurring the most expensive airline investigation ever undertaken by the U.S. government. To this day the crash remains clouded in doubt and shadowed by suspicion of a government conspiracy.

If there was any conspiracy to hide the truth about what really happened to Flight 800, it began long before the crash. Past crashes tell the story: What happened on Flight 800 has happened before and will again, unless drastic changes are made. Now veteran journalist Christine Negroni reveals what the commercial aviation industry has known for more than thirty-five years that during flight confined vapors in the fuel tanks can create a bomb like environment. It takes only a small energy source to ignite it.

TWA Flight 800 was the fourteenth fuel tank explosion on a commercial airliner in thirty-five years. Yet each and every time, the airline industry persuaded regulators to deal with the symptoms of the problem and ignore the cause. When investigators could not immediately determine what happened, they were finally forced to look at the bigger picture. And, for the first time, this book exposes the hubris of aircraft manufacturers who knew all along, but dismissed as acceptable, the risk of fuel tank explosions.

Deadly Departure shines a spotlight on the chaos behind the most massive crash investigation ever conducted, how the White House had to intervene between feuding investigators, and the surprising stories behind the missile theory conspiracies. It also tells the stories of the passengers and their families, the people of TWA and Boeing, the rescue and crisis workers, and the investigators and scientists involved illustrating the devastating effects on human lives. An impeccably researched, eye-opening examination of one of the great disasters of our time, Deadly Departure is a stunning expos of how industry pressure continues to undermine regulatory policy, placing air travelers lives at risk. 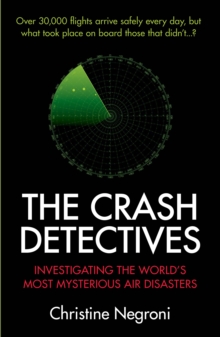 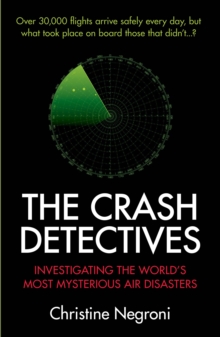