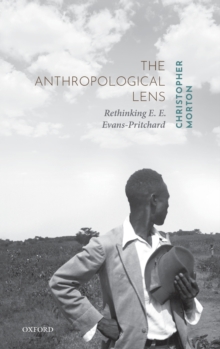 Sir Edward Evan Evans-Pritchard (1902-1973) is widely considered the most influential British anthropologist of the twentieth century, known to generations of students for his seminal works on South Sudanese ethnography Witchcraft, Oracles and Magic Among the Azande (OUP 1937) and The Nuer (OUP 1940).

In these works, now classics in the anthropological literature, Evans-Pritchard broke new ground on questions of rationality, social accountability,kinship, social and political organization, and religion, as well as influentially moving the discipline in Britain away from the natural sciences and towards history.

Yet despite much discussion about his theoretical contributions to anthropology, no study has yet explored his fieldwork in detail in order to get abetter understanding of its historical contexts, local circumstances or the social encounters out of which it emerged.

This book then is just such an exploration, of Evans-Pritchard the fieldworker through the lens of his fieldwork photography.

Through an engagement with his photographic archive, and by thinking with it alongside his written ethnographies and other unpublished evidence, the book offers a new insight into the way in which Evans-Pritchard's theoretical contributions to thediscipline were shaped by his fieldwork and the numerous local people in Africa with whom he collaborated.

By writing history through field photographs we move back towards the fieldwork experiences, exploring the vivid traces, lived realities and local presences at the heart of the social encounter thatformed the basis of Evans-Pritchard's anthropology.