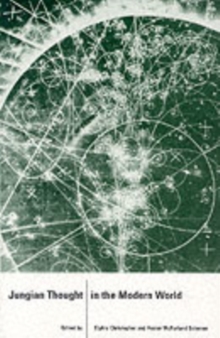 This is an introduction to the thought of Carl Gustav Jung, describing how ideas of Jungian depth psychology impact on and relate to the major scientific and cultural issues and trends of the 20th century and beyond.

It explores issues such as the origins of the self, family and gender, social conflict, racism, international strife, the new scientific thinking, the sources of the renewed interest in religion, ethics and artistic creativity.

Jung's life and work were concerned with two major themes, which are still relevant at the beginning of the millennium: the discovery and mapping of the unconscious, an internal source of creativity or destruction for each individual; and those outbreaks of dreadful violence and expressions of awesome creativity which can erupt from within the collective unconscious of humans as a group.