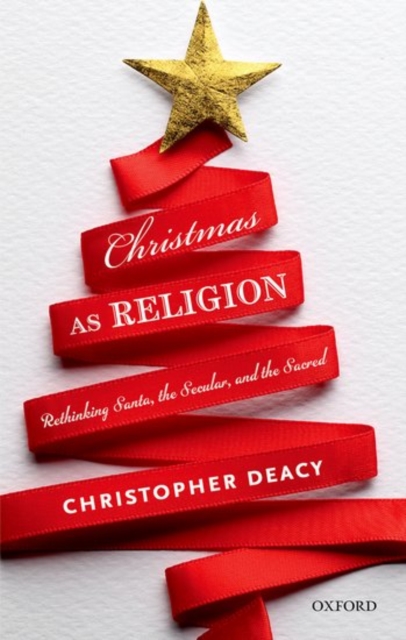 Christmas as Religion : Rethinking Santa, the Secular, and the Sacred Hardback

In Christmas as Religion, Christopher Deacy explores the premise that religion plays an elementary role in our understanding of the Christmas festival, but takes issue with much of the existing literature which is inclined to limit the contours and parameters of 'religion' to particular representations and manifestations of institutional forms of Christianity. 'Religion' is often tacitly identified as having an ecclesiastical frame of reference, so that ifthe Church is not deemed to play a central role in the practice of Christmas for many people today then it can legitimately be side-lined and relegated to the periphery of any discussion relating to what Christmas 'means'.

For example, Christmas films or radio programmes may comprise a non-specifically Christian, but nonetheless religiously rich, repository of beliefs, values, sentiments and aspirations.

Therefore, this book makes the case for laying to rest the secularization thesis, with its simplistic assumption that religion in Western society is undergoing a period of escalating and irrevocable erosion, and to see instead that the secular mayitself be a repository of the religious.

Rather than see Christmas as comprising alternative or analogous forms of religious expression, or dependent on any causal relationship to the Christian tradition, Deacy maintains that it is religious per se, and, moreover, it is its very secularity that makesChristmas such a compelling, and even transcendent, religious holiday.