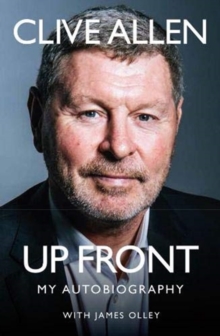 Up Front : My Autobiography Hardback

Clive Allen is one of the finest goalscorers of his generation but arguably his biggest battle has been to prove himself the best in his own family. His remarkable 49-goal haul for Tottenham in the 1986-87 season still stands as a club-record which earned him the rare dual honour of Professional Footballers' Association Player of the Year and Football Writers' Association Player of the Year in addition to the First Division Golden Boot.

This book is his autobiography. In collaboration with award-winning journalist James Olley.