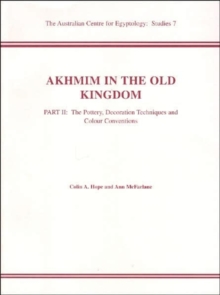 by Colin A. Hope, A. McFarlane

Part of the ACE Studies series

The book is divided into two chapters. Chapter 1 presents a formal analysis and discussion of the pottery recovered during the excavations at El-Hawawish.

The material is divided into two main groups: pottery of the late Old Kingdom to Middle Kingdom, and pottery of all later periods to the Late Roman.

The main types are illustrated extensively and detailed descriptions are provided.

Chapter 2 deals with the decoration techniques and the colour conventions.

The preparation of the various surfaces to receive paintings is examined and the conventions used for colouring figures of humans, animals, objects, as well as hieroglyphs are described in detail.

Also in the ACE Studies series 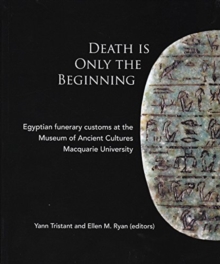 Death Is Only The Beginning 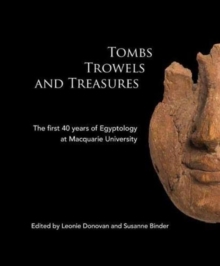