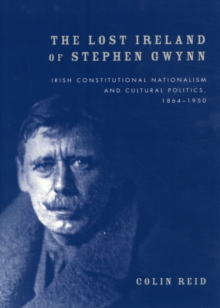 Through the rich and engrossing life of Stephen Gwynn (1864-1950), an alternative history of Ireland can be traced, one which envisaged a moderate form of Irish self-government, nationalist rapprochement with the British Empire, and the healing of the bitter divisions.

Gwynn was the most prominent Protestant member of John Redmond's Irish Parliamentary Party.

He was also an active participant in the Gaelic language and Irish literature revival, and acted as a literary advisor to the Macmillan publishing house of London, providing an invaluable conduit between Irish authors and a major British publisher.

As such, Gwynn offers a unique insight into the overlapping of these worlds, and his experiences illuminate many facets of the complex political and cultural psychologies in the Ireland of his time.

This book will interest scholars and students of modern Irish and British history, and those interested in the development of cultural movements in Ireland during the age of W. 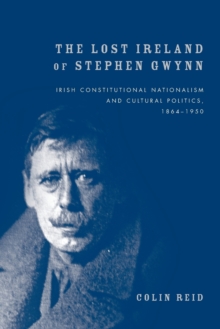 The Lost Ireland of Stephen Gwynn