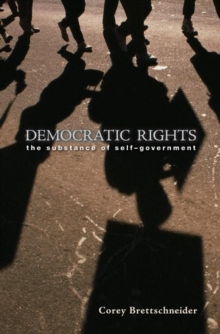 When the Supreme Court in 2003 struck down a Texas law prohibiting homosexual sodomy, it cited the right to privacy based on the guarantee of "substantive due process" embodied by the Constitution.

But did the court act undemocratically by overriding the rights of the majority of voters in Texas?

Scholars often point to such cases as exposing a fundamental tension between the democratic principle of majority rule and the liberal concern to protect individual rights.

Democratic Rights challenges this view by showing that, in fact, democracy demands many of these rights.

Corey Brettschneider argues that ideal democracy is comprised of three core values--political autonomy, equality of interests, and reciprocity--with both procedural and substantive implications.

These values entitle citizens not only to procedural rights of participation (e.g., electing representatives) but also to substantive rights that a "pure procedural" democracy might not protect.

What are often seen as distinctly liberal substantive rights to privacy, property, and welfare can, then, be understood within what Brettschneider terms a "value theory of democracy."Drawing on the work of John Rawls and deliberative democrats such as Jurgen Habermas, he demonstrates that such rights are essential components of--rather than constraints on--an ideal democracy.

Thus, while defenders of the democratic ideal rightly seek the power of all to participate, they should also demand the rights that are the substance of self-government.

Also by Corey Brettschneider   |  View all 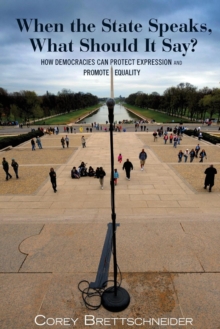 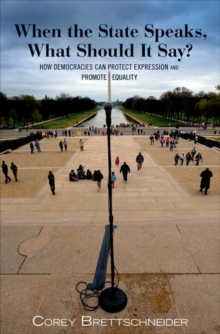 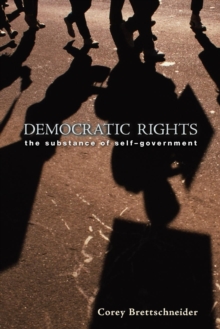 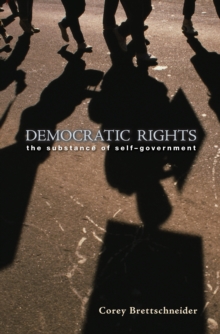