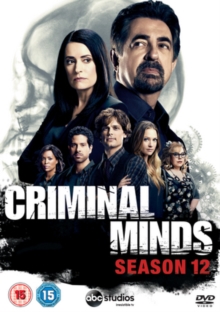 All 22 episodes from the 12th season of the American crime drama following an elite team of FBI profilers as they analyse the country's most twisted criminal minds, anticipating their next moves before they strike again.

In this season, the team hunt a serial killer suspected of brutally murdering a man in Arizona, while JJ (A.

J. Cook) struggles to deal with the disturbing case of a killer who burns his victims alive.