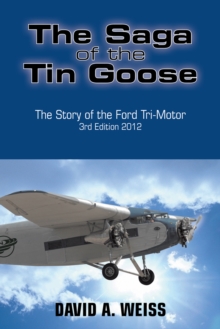 The Saga of the Tin Goose : The Story of the Ford Tri-Motor 3Rd Edition 2012 EPUB

by DAVID A. WEISS

It was the brainchild of Henry Ford and inventor William Bushnell Stout.

It was the Ford Tri Motor, affectionately called the Tin Goose, the first all-metal passenger plane built in the United States.

Only one hundred ninety-nine were ever manufactured, but they launched regular scheduled flights in America, introducing almost everything we have in air travel todayfrom stewardesses to concrete runways in airports.

All major airlines started with this plane. Byrd flew to the South Pole in one. FDR dreamed up the New Deal flying in another to the Chicago convention where he was nominated for president.

In a Ford Tri-Motor, Lindbergh inaugurated the first transcontinental air service. And when speedier Boeings and Douglases pushed the Ford Tri-Motor off the major air routes, the Tin Goose kept flying commercially for another fifty years, barnstorming from city to city giving hundreds of thousands of Americans their first plane ride, dusting crops and fire-fighting in the Midwest, and hauling freight and passengers into remote Central American jungles and over the Andes. This revised and updated edition of The Saga of the Tin Goose relates the story of this remarkable plane from its 1920s beginnings to the present, and tells where you can see and fl y Ford Tri-Motors today. This is not only the story of Mr. Fords venerable Trimotor, it is a highly readable and complete history of commercial aviation and scheduled airlines-AVIATIONAirplane buffs will find plenty of detail on the design and performance of the Trimotor and other famous planes This tightly organized, factual presentation, enhanced by old photographs, conveys a sense of the precariousness of early aviation-THE KIRKUS REVIEWSDavid Ansel Weiss has written lovingly and with a professional storyteller skill of the almost-legendary plane that changed fl edgling aviations fl y-by-night operations into the giant airline industry of today. -ST. LOUIS GLOBE-DEMOCRAT

Also by DAVID A. WEISS 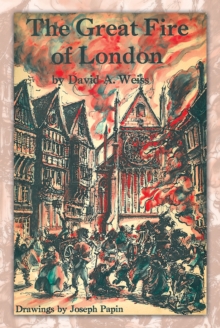 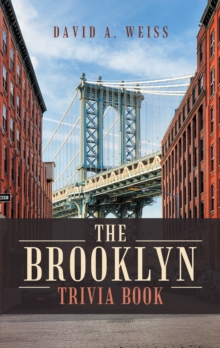