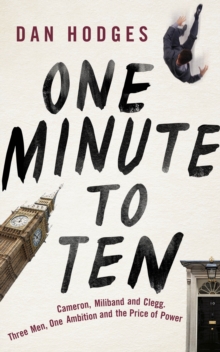 One Minute to Ten : Cameron, Miliband and Clegg. Three Men, One Ambition and the Price of Power Hardback

The dramatic, inside account of the how 2015's extraordinary election made or broke the three party leaders at the heart of the campaign by journalist Dan Hodges.

As the polls closed on May 5th 2015, three men awaited the verdict the people.

For all three of them - David Cameron, Ed Milliband and Nick Clegg - the course of the rest of their lives would be depend on what happened next.

Five minutes later, two of them were ruined. The other - against both his own expectations and those of many in his party - was returned to Downing Street.

One Minute To Ten is not so much a book about the election as human drama on a grand scale.

The story of how three lives converged on a single point.

An election won and lost in the time it took to read the results of an exit poll.

Three lives altered for ever. 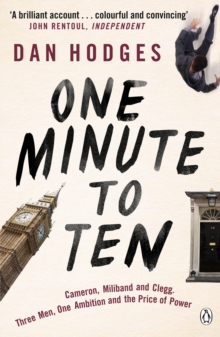 One Minute To Ten