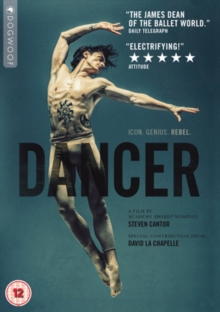 Steven Cantor directs this biopic of the prodigal ballet genius, Sergei Polunin, who became the youngest ever principal dancer for the British Royal Ballet at the age of 19.

The documentary charts his early life in Ukraine, his rapid ascension within the Royal Ballet in London, and his growing dissatisfaction and ultimate departure from the group two years later.