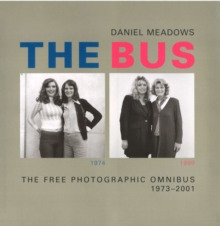 The Free Photographic Omnibus 1973-2001 In July 1973 21-year-old Daniel Meadows, fresh out of art school, bought a double-decker bus for GBP360 and set off round England in search of ordinary people to photograph.

In the course of a 14-month journey, he offered free portrait sessions in 22 different towns, developing the black and white prints in a darkroom he had contrived inside the bus, in which he also lived.

He photographed a total of 958 people, alone or in groups, the majority of whom remained anonymous and collected their free portraits the following day. A quarter of a century later Meadows came across the bus photographs in his archive and was struck by how fresh they were.

After they were exhibited and appeared in a magazine, he began to wonder what had happened to the people in the pictures.

With the help of the local press in Barrow-in-Furness, Hartlepool and Southampton, he went in search of them.

Many could not be found, others had died, but a number of people turned up to be re-photographed. The juxtaposition of their past and present selves in this astonishing adventure in documentary makes for a powerful pictorial history of the changing face of England, the vagaries of fashion, and the ravages of time.

Meadows interviews the sitters, ordinary people from varied walks of life, who talk candidly about their lives, their friends, their loves, their families and what they feel the future holds - providing a moving commentary to Meadows's own evocative journey through time. 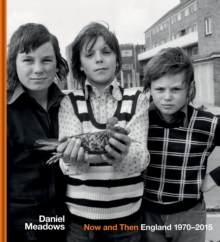