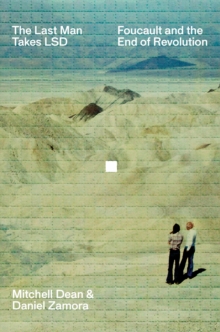 The Last Man Takes LSD : Foucault and the End of Revolution Hardback

In May 1975, Michel Foucault took LSD in the desert in southern California.

He described it as the most important event of his life which would lead him to completely rework his History of Sexuality.

His focus now would not be on power relations but on the experiments of subjectivity, and the care of the self.

Through this lens he would reinterpret the social movements of May 68 and position himself politically in France in relation to the emergent ant-totalitarian and anti-welfare state currents.

He would also come to appreciate the possibilities of autonomy offered by a new force on the French political scene that was neither of the Left nor the Right: neoliberalism.