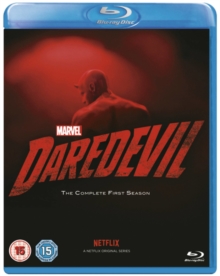 All 13 episodes from the first season of the action adventure following the Marvel Comics superhero.

By night however, Murdock - who was blinded by a chemical spill as a young boy - uses his heightened senses to fight crime on the streets as vigilante Daredevil.

With the influence of underworld kingpin Wilson Fisk (Vincent D'Onofrio) continuing to grow, Murdock faces a fight on two fronts to keep the city safe.

Murdock', 'The Path of the Righteous', 'The Ones We Leave Behind' and 'Daredevil'.