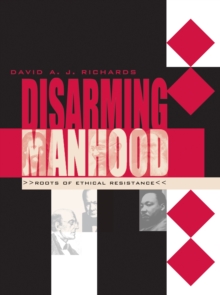 by David A. J. Richards

Masculine codes of honor and dominance often are expressed in acts of violence, including war and terrorism.

Drawing upon psychology, history, political theory, and literature, Richards threads a connection between these leaders and the maternal figures who profoundly shaped their responses to conflict.

Their lives and work underscore how the outlook of maternal care givers and women enables some men to resist the violent responses characteristic of traditional manhood.

The voice of nonviolent masculinity has empowered important democratic movements of ethical transformation, including civil disobedience in South Africa, India, and the United States.

Disarming Manhood demonstrates that as Churchill, Garrison, Gandhi, King, and Tolstoy carried out their various missions they were galvanized by teachings whose ethical foundations rejected unjust violence and favored peaceful alternatives.

Accessibly written and free of jargon, Disarming Manhood's exploration of human nature and maternal bonds will interest a wide audience as it furthers the understanding of human nature itself and contributes to the fields of developmental psychology and feminist scholarship. 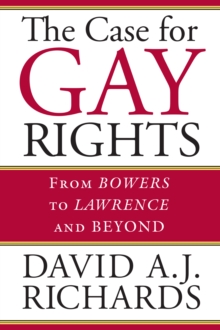 The Case for Gay Rights 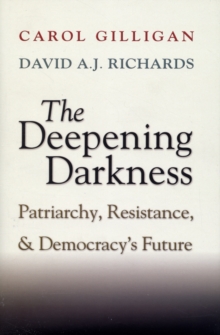 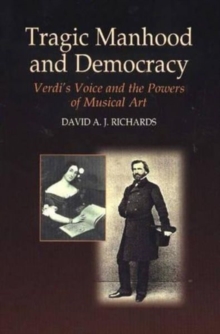 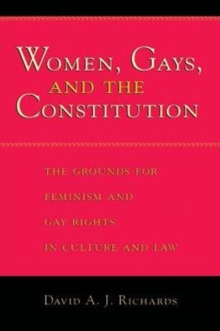 Women, Gays and the Constitution