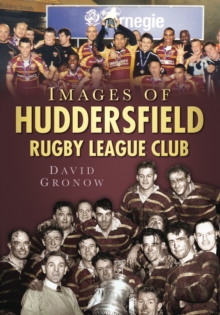 Huddersfield's importance to the game of Rugby League is immeasurable.

Prior to the formation of the Northern Union in 1895, Huddersfield Cricket and Athletic Club had an active and ever-honourable life of thirty years or so.Then came the glorious era of the 1914/15 'Team of All Talents' as the Fartowners captured 'All Four Cups', the combination of unrivalled individualism enabling the Claret and Gold to sweep all before them. Other successes were enjoyed in the 1920s, '30s and '40s, with major trophies collected post-war until the early 1960s, although the club did secure divisional titles and promotions through into the 1990s. Success for a rugby club such as Huddersfield comes in many guises, it is not only cups, nor leagues won, or international caps gained - although these things are vitally important - it is a reputation for sportsmanship on or off the field, despite the trials and tribulations that come along. This book represents a pictorial journey of a great rugby league club through to the Super League era and Huddersfield's return to top-flight rugby league. 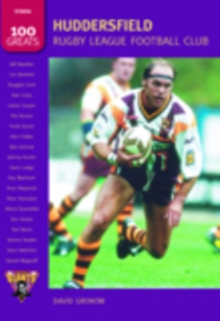