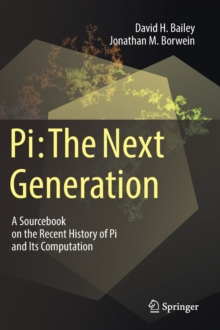 Pi: The Next Generation : A Sourcebook on the Recent History of Pi and Its Computation Hardback

This book contains a compendium of 25 papers published since the 1970s dealing with pi and associated topics of mathematics and computer science. The collection begins with a Foreword by Bruce Berndt.

Each contribution is preceded by a brief summary of its content as well as a short key word list indicating how the content relates to others in the collection.

The volume includes articles on actual computations of pi, articles on mathematical questions related to pi (e.g., "Is pi normal?"), articles presenting new and often amazing techniques for computing digits of pi (e.g., the "BBP" algorithm for pi, which permits one to compute an arbitrary binary digit of pi without needing to compute any of the digits that came before), papers presenting important fundamental mathematical results relating to pi, and papers presenting new, high-tech techniques for analyzing pi (i.e., new graphical techniques that permit one to visually see if pi and other numbers are "normal"). This volume is a companion to Pi: A Source Book whose third edition released in 2004. The present collection begins with 2 papers from 1976, published by Eugene Salamin and Richard Brent, which describe "quadratically convergent" algorithms for pi and other basic mathematical functions, derived from some mathematical work of Gauss.

Bailey and Borwein hold that these two papers constitute the beginning of the modern era of computational mathematics. This time period (1970s) also corresponds with the introduction of high-performance computer systems (supercomputers), which since that time have increased relentlessly in power, by approximately a factor of 100,000,000, advancing roughly at the same rate as Moore's Law of semiconductor technology. This book may be of interest to a wide range of mathematical readers; some articles cover more advanced research questions suitable for active researchers in the field, but several are highly accessible to undergraduate mathematics students. 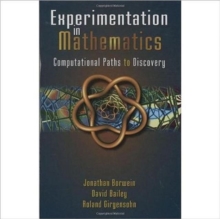 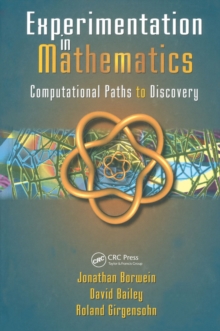 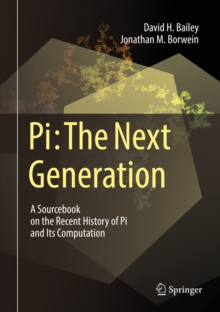 Pi: The Next Generation