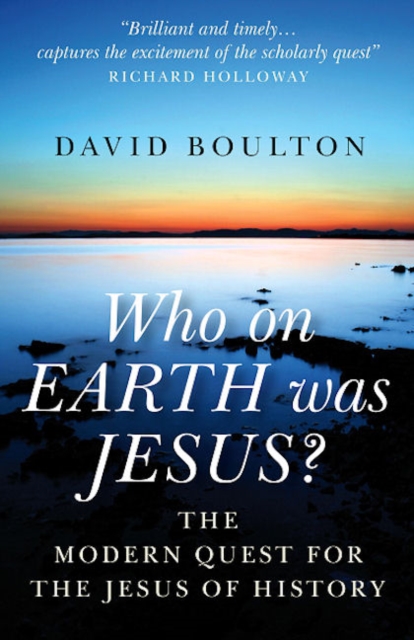 Who on Earth Was Jesus? : The Modern Quest for the Jesus of History Paperback

This is the first fully comprehensive account of the debate between modern scholars on the Jesus of history before he became the Christ of faith.

David Boulton surveys all the major schools of historical Jesus scholarship in turn: the liberal Jesus Seminar, the conservative 'New Questers' and the radical sceptics, covering over 30 experts.

He lays out the sources, biblical, 'heretical' and secular, taking in the most recent discoveries and explaining where historians agree and disagree in recovering a credible portrait of the man behind 'the greatest story ever told'.