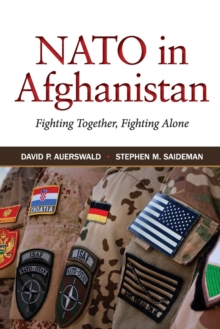 Modern warfare is almost always multilateral to one degree or another, requiring countries to cooperate as allies or coalition partners.

Yet as the war in Afghanistan has made abundantly clear, multilateral cooperation is neither straightforward nor guaranteed.

Some refuse to participate in dangerous or offensive missions.

Others change tactical objectives with each new commander.

Some countries defer to their commanders while others hold them to strict account.

NATO in Afghanistan explores how government structures and party politics in NATO countries shape how battles are waged in the field.

Drawing on more than 250 interviews with senior officials from around the world, David Auerswald and Stephen Saideman find that domestic constraints in presidential and single-party parliamentary systems--in countries such as the United States and Britain respectively--differ from those in countries with coalition governments, such as Germany and the Netherlands. As a result, different countries craft different guidelines for their forces overseas, most notably in the form of military caveats, the often-controversial limits placed on deployed troops.

Providing critical insights into the realities of alliance and coalition warfare, NATO in Afghanistan also looks at non-NATO partners such as Australia, and assesses NATO's performance in the 2011 Libyan campaign to show how these domestic political dynamics are by no means unique to Afghanistan. 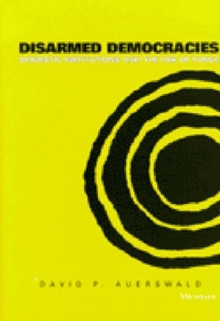 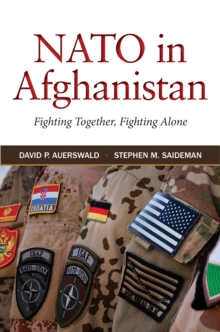