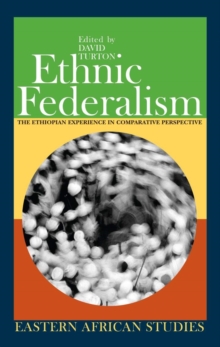 Since 1991, Ethiopia has gone further than any other country in using ethnicity as the fundamental organizing principle of a federal system of government. And yet this pioneering experiment in \u201cethnic federalism\u201d has been largely ignored in the growing literature on democratization and ethnicity in Africa and on the accommodation of ethnic diversity in democratic states.

Ethnic Federalism brings a much-needed comparative dimension to the discussion of this experiment in Ethiopia.

Ethnic Federalism closely examines aspects of the Ethiopean case and asks why the use ofterritorial decentralism to accommodate ethnic differences has been generally unpopular in Africa, while it is growing in popularity in the West.

The book includes case studies of Nigerian and Indian federalism and suggests how Ethiopia might learn from both the failures and successes of these older federations.

In the light of these broader issues and cases, it identifies the main challenges facing Ethiopia in the next few years, as it struggles to bring political practice into line with constitutional theory and thereby achieve a genuinely federal division of powers.