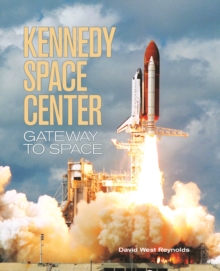 NASA's John F. Kennedy Space Center set the stage for the American adventure into space and went on to host a succession of rocket launches that have helped to form our understanding of the nature of the universe.

The Kennedy Space Center is a major tourist attraction in Florida, but most of its doors remain locked to the public.

This abundantly illustrated book is an insider's history of the heart of America's space program, including detailed information on: - The earliest development of rockets in the United States and Germany. - The development of rockets and their launch facilities. - The missile race and the U.S.-Soviet rivalry to be first in space. - The great Apollo programme and the race to the moon. - The shuttle programme , the Space Station and the Hubble Telescope. - The future of space exploration. Kennedy Space Center is clearly written, meticulously researched and packed with more than 150 spectacular images - the one and only complete history of this important site.