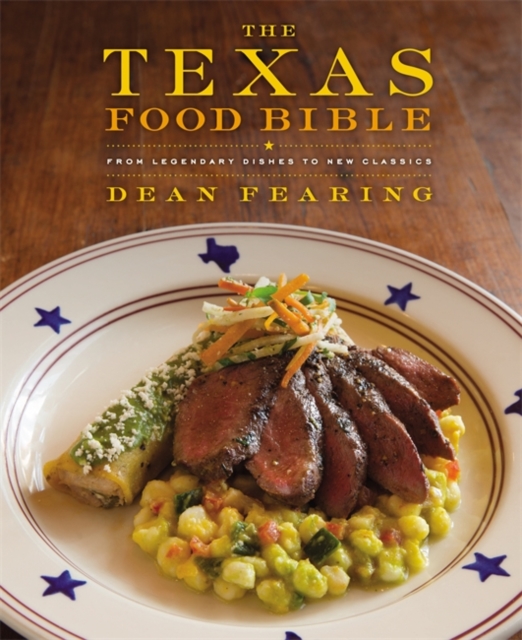 From Legendary Dishes to New ClassicsTHE TEXAS FOOD BIBLE will be a timeless, authentic resource for the home cook - a collection of the traditional and the contemporary recipes from Texas.

Dean Fearing will take readers through Texas culinary heritage, the classic preparations involved, and the expansion and fusion of the foods that have combined to develop an original Southwestern cuisine.

A bit of regional history will take the reader from fry bread to Sweet Potato Spoonbread, from Truck Stop Enchiladas to Barbecue Shrimp Tacos.

Simple taco and salsa recipes will be starred right beside the culinary treasures that make Dean's cooking internationally known.

This comprehensive guide will include step-by-step methods and techniques for grilling, smoking, and braising in the Southwestern manner, in addition to recipes from other chefs who have contributed to the evolution of this regional cuisine, such as Robert del Grande and Stephen Pyles, and a look at local purveyors such as Paula Lambert's cheese.

These recipes will be accompanied by more than 150 photographs of finished dishes and the cooking process along with a glossary of food terms.

THE TEXAS FOOD BIBLE is the ultimate cookbook for foodies and simple home cooks alike.