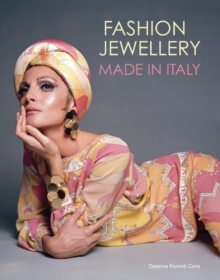 Fashion Jewellery: Made in Italy Hardback

In Italy there has always been a tradition of making jewelery from semi-precious metal, as copies or prototypes of fine jewelery.

Fashion Jewelery: Made in Italy moves chronologically through the last 100 years, with pieces from the beginning of the 20th century, through to the years spent under fascist rule, when jewelery had to be strictly made with local material such as wood, cork, straw, venetian glass and coral.

The 50s and 60s allowed for the very first big names in fashion jewelery to arise: Giuliano Fratti, Emma Caimi Pellini, Sharra Pagano, Ugo Correani, Coppola e Toppo, Luciana de Reutern, Canesi, Ornella...The book reserves a special place for an important phenomenon that took place in Milan at the end of the 1970s - "Made in Italy" - when Italian fashion entered (and dominated) the international scene, and Italian designers such as Armani, Versace, Ferre, and later on, Moschino and Prada found incredible success all over the world. Throughout the 80s and 90s, and well into the year 2000 further names in fashion jewellery were pushed to the fore: Carlo Zini, Angela Caputi, Maria Calderara, Giorgio Vigna, Fabio Cammarata, Emilio Cressoni, Robert Tomas, Irene Moret, Silvia Beccaria, among others.

The final section of the book is devoted to new talents, selecting ten designers whose jewels are particularly interesting and innovative. 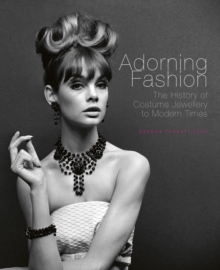 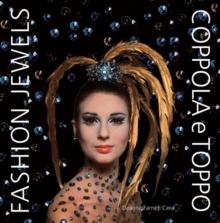