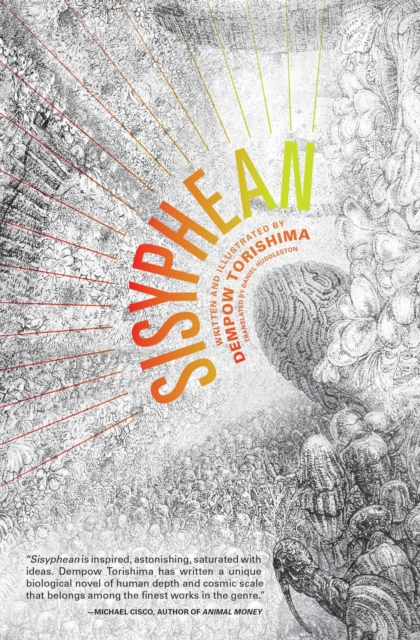 Part of the Sisyphean series

Even after the world and humanity itself have been rendered nearly unrecognizable by genetic engineering, a day in the office can feel...Sisyphean. The company stands atop a tiny deck supported by huge iron columns a hundred meters high.

The boss there is its president-a large creature of unstable, shifting form once called "human." The world of his dedicated worker contains only the deck and the sea of mud surrounding it, and and the worker's daily routine is anything but peaceful.

A mosaic novel of extreme science and high weirdness, Sisyphean will change the way you see existence itself. Japan's own version of the "New Weird," a popular cult subgenre of SF/fantasy.