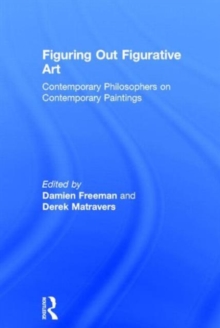 In 1797 Friedrich Schlegel wrote that "philosophy of art usually lacks one of two things: either the philosophy, or the art." This collection of essays contains both the philosophy and the art.

It brings together an international team of leading philosophers to address diverse philosophical issues raised by recent works of art.

Each essay engages with a specific artwork and explores the connection between the image and the philosophical content.

M. McCabe and Alexis Papazoglou on Ged QuinnNoel Carroll on Paula RegoSimon Blackburn and Jerrold Levinson on George ShawSondra Bacharach on Yue Minjun. The discussion ranges over ethical, political, psychological and religious concepts, such as irony, disgust, apathy, inequality, physiognomy and wonder, to historical experiences of war, Marx-inspired political movements and Thatcherism, and standard problems in the philosophy of art, such as expression, style, depiction and ontology of art, as well as major topics in art history, such as vanitas painting, photography, pornography, and Dadaism.

Many of the contributors are distinguished in areas of philosophy other than aesthetics and are writing about art for the first time.

All show how productive the engagement can be between philosophy, more generally, and art.