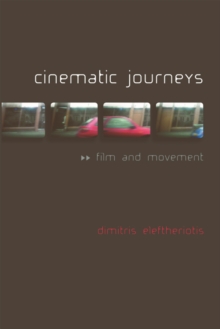 It traces the links between certain types of movement of/in the frame and broader cultural trends that have historically informed Western sensibilities.

It contextualises that genealogy with detailed analysis of contemporary and recent 'travel films' as well as older works.

The book investigates how movements of exploration, discovery and revelation are activated in specific cinematic narratives of travelling and displacement.

Such narratives are analysed with attention to the mass population movements and displacements that form their referential background.

Cinematic Journeys also examines the ways in which travelling affects film itself.

Case studies focus on films as travelling commodities (with the popularity of Indian films in Greece in the 1950s and 60s as case study); and, through a study of subtitles, on the category of the 'foreign spectator' (who in the encounter with 'foreign' films moves across cultural borders). Films considered in the book include Sunrise, Slow Motion, Hukkle, Death in Venice, Voyage to Italy, The Motorcycle Diaries, Koktebel, Japon, Blackboards, Ulysses' Gaze, and the work of directors Tony Gatliff and Fatih Akin. 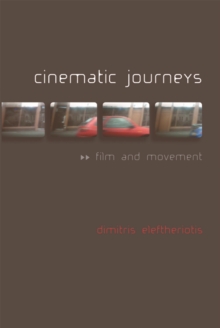