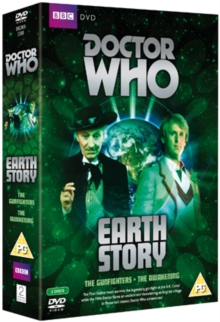 In 'The Awakening' (1984), the time-travellers come to the rescue of rural village Little Hodcombe, where a historical re-enactment is brought to life by alien war machine, the Malus.

The Doctor (Davison) and his companions must help the villagers, past and present, to defeat the evil demon. 'The Gunfighters' (1966) sees the Doctor (Hartnell) materialising in the Wild West town of Tombstone with a bad bout of toothache.

After tracking down a dentist by the name of Doc Holliday, the Doctor finds himself involved in a case of mistaken identity, and must find a way to escape a gang of cowboys, hellbent on trouble...