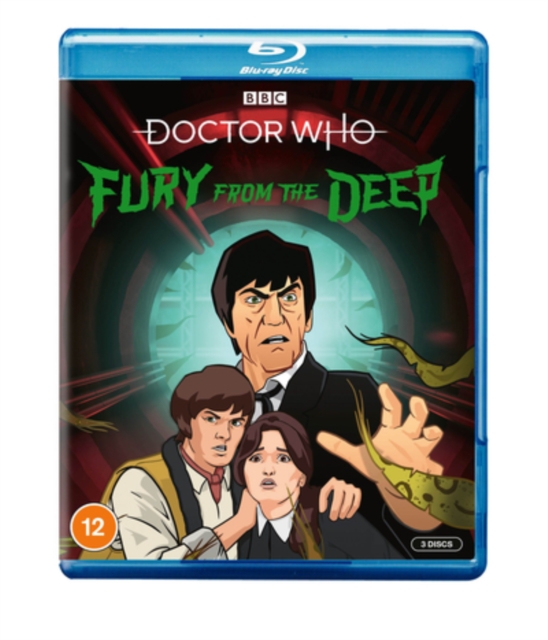 Doctor Who: Fury from the Deep Blu-ray

Animated reconstruction of the lost six-part serial from the fifth series of the sci-fi adventure drama starring Patrick Troughton as the legendary Time Lord.

In this instalment, the Doctor, Jamie (Frazer Hines) and Victoria (Deborah Watling) investigate a pipeline operation run by Euro Sea Gas after the Doctor picks up the sound of a heartbeat in the network of pipes.

However, after they are captured and imprisoned by refinery boss Robson (Victor Maddern), the Doctor and his companions race to stop malevolent seaweed creatures from taking over the facility.