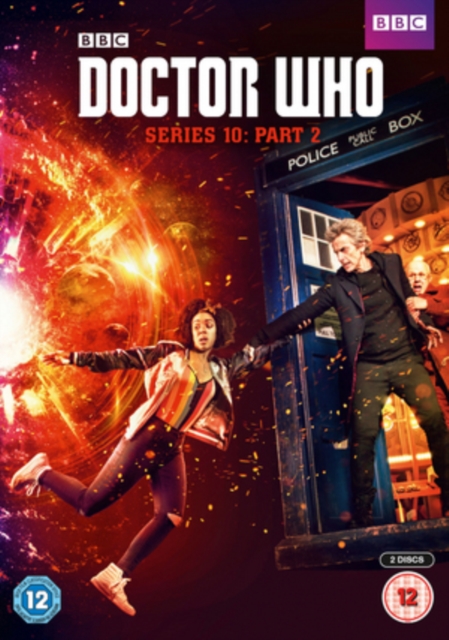 The last six episodes from the tenth series of the relaunched sci-fi adventure drama, with Peter Capaldi reprising his role as the legendary Time Lord.

This time around, the Doctor and Nardole (Matt Lucas) have stationed themselves in a university so they can guard a mysterious vault.

There, they meet student Bill Potts (Pearl Mackie), who takes on the role of the Doctor's new companion.

Together, the duo travels through time in the TARDIS taking on foes including a Martian Ice Warrior, the Monks and the Cybermen.

The episodes are: 'The Pyramid at the End of the World', 'The Lie of the Land', 'Empress of Mars', 'The Eaters of Light', 'World Enough and Time' and 'The Doctor Falls'.