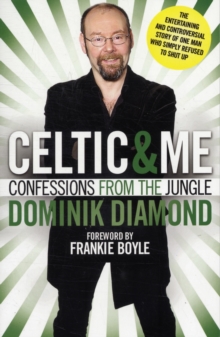 Celtic & Me : Confessions from the Jungle Paperback / softback

"Celtic & Me - Confessions from the Jungle" is the funny, original story of Dominik Diamond's very public life as a Celtic supporter.

Shockingly, he started out as a Rangers fan but later realised the error of his ways and controversially changed allegiance.

His outspoken views on Rangers have made him more than a little unpopular on one side of Glasgow.

In "Celtic & Me", find out what part he played in Martin O'Neill becoming Celtic manager.

Why Seville was so awful. Why he was banned from Celtic TV. Which old firm manager is best at pub trivia machines.

Which Rangers legend made Dominik weep with his kindness and which one threatened to out him on live TV for being a teenage Rangers fan. And what happened the night he was threatened outside a Glasgow kebab shop.

From sickening bigotry to the joy he felt at being part of the Celtic family, "Celtic & Me" is the story of a man who refused to shut up and the price you pay when you do that as an Old Firm fan with a well-known face. 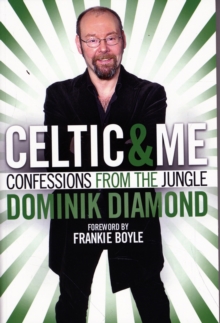