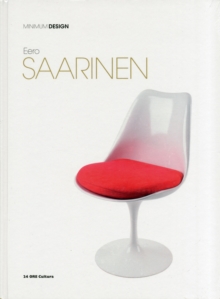 Eero Saarinen was born in Finland in 1910. After his family moved to the United States in 1923 Eero graduated from Yale University where he subsequently completed post-graduate work at the Cranbrook Academy of Art.

This famous school of architecture and design was directed by his father Eliel and, it was here that Eero met Charles Eames and Florence Schust Knoll.

The three became close friends and worked together on some of the most remarkable projects in the history of American and international design.Throughout his career Saarinen divided his time between architecture and design.

He designed some of the most important post-Second World War buildings in America (the General Motors Technical Center, the MIT chapel and auditorium, the TWA Terminal at J.F.K.

Airport in New York), and his objects, most of which manufactured by Knoll, are absolute icons of contemporary design.

He died prematurely at the age of 51 in Ann Arbor, Michigan. Published in the same style as the successful 'Minimum Architects' series, the 'Minimum Design' series includes books about the major figures in the field of design, creators of objects that have become a part of our daily lives. The lamp on our desk, the chair we are sitting on or the glasses we are wearing have a genius behind them to be discovered. These volumes introduce in a practical manner the personalities and the works of the world's major designers by way of an historical-critical introduction to the work and life of each individual designer.

An accurate selection of the designer's most famous objects arranged in chronological order and a critique of his or her work summarising the most significant reviews published in magazines and newspapers completes the subject. 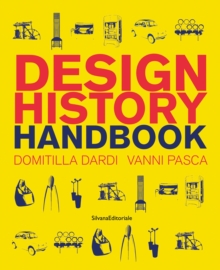