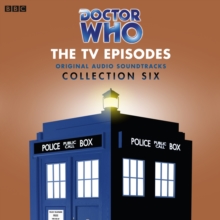 These classic soundtrack adventures, with additional linking narration, have all been remastered and include bonus interviews with William Russell, Maureen O'Brien, Peter Purves and Anneke Wills. The Sensorites: the Doctor and friends meet the alien Sensorites... The Romans: in first-century Rome, Ian and Barbara are sold into slavery and the Doctor encounters Nero... The Space Museum: the Doctor and his companions see a terrible potential future... The Ark: the Doctor, Steven and Dodo come face-to-face with the last humans and their servants, the Monoids... The Gunfighters: 1881, Tombstone. The TARDIS crew are in trouble, as they try to avoid getting caught in the crossfire at the OK Corral... The War Machines: The TARDIS lands in London in 1966 - only to find that the brand new Post Office Tower is home to a monstrous supercomputer. This box set also contains bonus PDF files of the original TV scripts. 13 CDs. 12 hrs 30 mins.

Also by Donald Cotton   |  View all 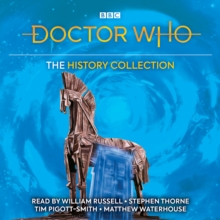 Doctor Who: The History Collection 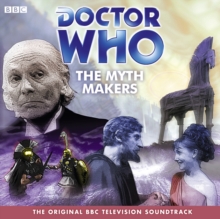 Doctor Who: The Myth Makers (Classic... 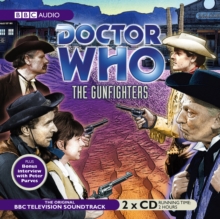 Doctor Who: The Gunfighters 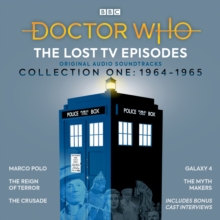