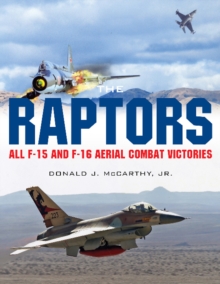 This is the most detailed historical photographic account of all individual Israeli and American F-15 and F-16 aerial combat victories.

Included with each photograph is information that will surprise you, such as the identity of the Israeli and American pilots and their squadrons, individual tail numbers of each aircraft, and the weapon(s) deployed in the destruction of each enemy fighter.

Many of the successful air-to-ground missions are showcased, including: Operation OPERA (Israeli raid against the nuclear reactor under construction in Iraq); and the October 1985 Operation WOODEN LEG (F-15s from Tel Nof Air Base launched against the PLO headquarters in Hammam al-Shatt, Tunisia; the first time the F-15 was ever deployed as a strike fighter).

Photographs of individual aircraft and detailed descriptions of each mission are included as well. 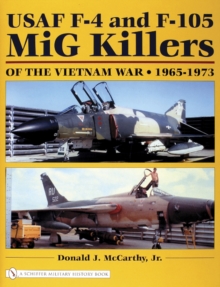