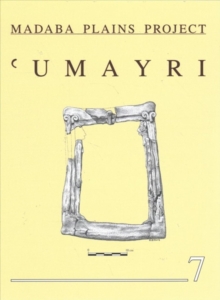 The 2000 Season at Tall al-'Umayri and Subsequent Studies Hardback

The seventh volume of the Tall al-'Umayri seasonal publication series covers the important finds of the excavations in 2000.

There are copious illustrations, some in color. The volume also includes a report on the initial discovery of the large Late Bronze Age building, which had walls standing three meters high and more than a meter thick.

It is one of the very few significant LB buildings ever found in central Jordan.

The volume also includes a report on the second major house dating to the Late Bronze/Iron I transition.

Together with the four-room house reported in the fifth and sixth volumes, these are two of the best-preserved houses from this time ever excavated in the Southern Levant, with the remains standing two meters tall in places. The second house, reported here, contains several domestic cultic features and smashed pottery lying on the surface.

One dramatic feature is the colorful but violent destruction layer two meters thick, representing a cataclismic event that brought this city to its demise and covered the finds on the floors.

How did people live in the ancient world? These two houses go a long way in answering that question.

In another location, we have learned much more about the open courtyard sanctuary from the late Iron I period.

It produced a model shrine in the 2000 season, with two elongated humanoid figurines guarding the entrance.

Finally, the volume discusses a Hellenistic farmstead that was built on the site.

Specialist studies include a major report on the pottery from all of the above periods (and more), aspects of ceramic technology, the objects and artifacts, and a special report on the model shrine. 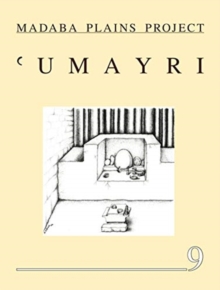 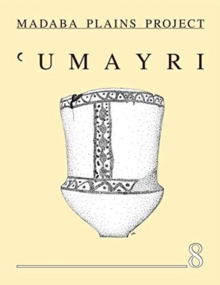