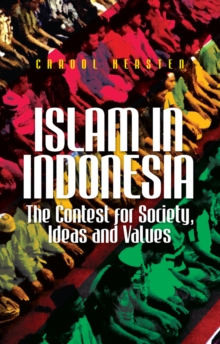 Islam in Indonesia : The Contest for Society, Ideas and Values Paperback / softback

Indonesia's Muslims are still pondering the role of religion in public life.

Although the religious violence marring the transition towards democratic reform has ebbed, the Muslim community has polarised into reactionary and progressive camps with increasingly antagonistic views on the place of Islam in society.

Debates over the underlying principles of democratisation have further heated up after a fatwa issued by conservative religious scholars condemned secularism, pluralism and liberalism as un-Islamic.

With a hesitant government dominated by Indonesia's eternal political elites failing to take a clear stance, supporters of the decision are pursuing their Islamisation agendas with renewed vigour, displaying growing intolerance towards other religions and what they consider deviant Muslim minorities.

Extremist and radical exponents of this Islamist bloc receive more international media coverage and scholarly attention than their progressive opponents who are defiantly challenging this reactionary trend.

Calling for a true transformation of Indonesian society based on democratic principles and respect for human rights, they insist that this depends on secularisation, religious toleration and freethinking.

Conceived as a contemporary history of ideas, this book aims to tell the story of these open-minded intellectuals and activists in the world's largest Muslim country. 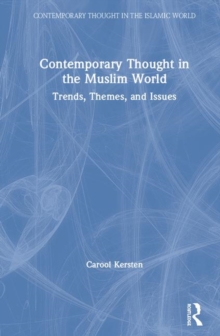 Contemporary Thought in the Muslim World