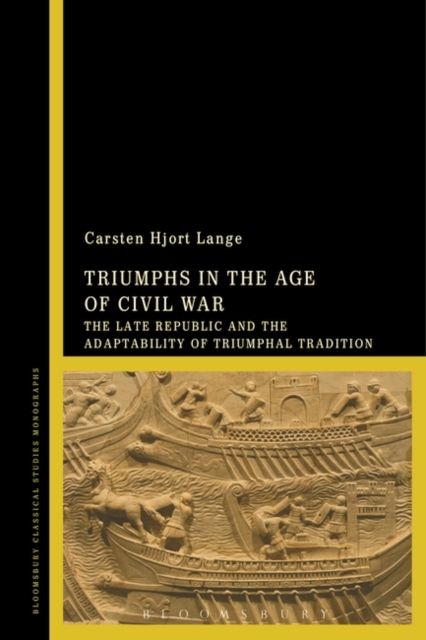 Triumphs in the Age of Civil War : The Late Republic and the Adaptability of Triumphal Tradition Hardback

Many of the wars of the Late Republic were largely civil conflicts.

There was, therefore, a tension between the traditional expectation that triumphs should be celebrated for victories over foreign enemies and the need of the great commanders to give full expression to their prestige and charisma, and to legitimize their power. Triumphs in the Age of Civil War rethinks the nature and the character of the phenomenon of civil war during the Late Republic.

At the same time it focuses on a key feature of the Roman socio-political order, the triumph, and argues that a commander could in practice expect to triumph after a civil war victory if it could also be represented as being over a foreign enemy, even if the principal opponent was clearly Roman.

Significantly, the civil aspect of the war did not have to be denied. Carsten Hjort Lange provides the first study to consider the Roman triumph during the age of civil war, and argues that the idea of civil war as "normal" reflects the way civil war permeated the politics and society of the Late Roman Republic.